About Coleman Park
In the early 1950s (before Morro Bay became an Incorporated City), Mr. Arthur E. Coleman began the efforts to get the Morro Bay Harbor dredged, connect a road from Morro Rock to the waterfront area (now named the Embarcadero), and to build a waterfront park for children and visiting families. Mr. Coleman was successful in his efforts and thus Coleman Park was born.

In 1979, the City began a land acquisition process with the California Coastal Conservancy to obtain a stretch of approximately 9-acres of privately owned land ranging from Target Rock to the Embarcadero, which included the Coleman Park area. After the acquisition, the City began a restoration project with the California Conservation Corporation. to include signage, picnic and barbeque areas and a children's play area.

In the mid-90s, Coleman Park became the home to the Morro Bay Skate Park, until recently, when the skate park was rehabilitated and move to the Teen Center. With the completion of the Harbor Walk project in 2008, residents and City Staff now see the potential to once again renovate Coleman Park to possibly include a boat yard and haul-out, monument dedications to the Salinan Native Americans and Central Coast Women for Fisheries, as well as several picnic areas.

Amenities
Coleman Park is a great location for bird and ocean life watching. Visitors can enjoy breath-taking views of the bay and Rock while picnicking at one of the nearby areas. There is also a basketball court, perfect for pick-up games and a children's swing set. 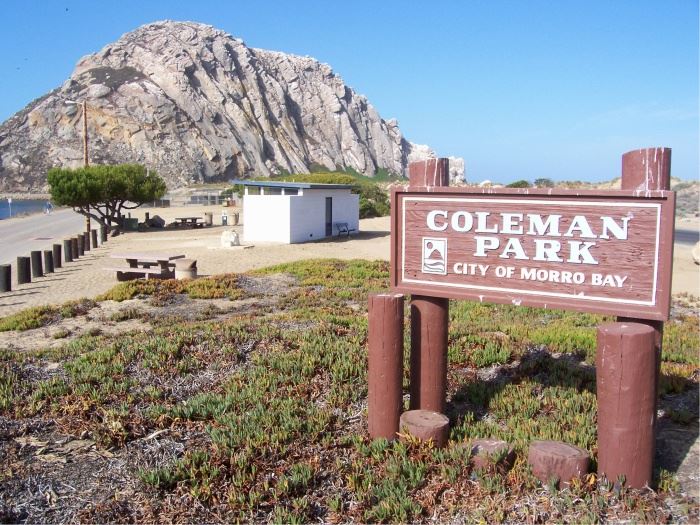